Can’t believe we’re in March already! This year is flying by.

February was a short but busy month, which started with a fabulous weekend with some of my best girlfriends in Southampton. I love this bunch of ladies to distraction! We met while doing the same job at different universities (student recruitment/outreach/schools liaison), being on the road by yourself for most of the year means you have to get good at networking, and all remain firm friends even though most of us have moved on to other things. As we’re all based in different parts of the UK we don’t get to see each other that much so bi-annual meet ups in various locations are usually noisy, happy affairs! One of our lovely ‘token boys’ was on a recruitment trip in Kazakhstan and face-timed us at 1am his time (poor love) just to join in the merriment! 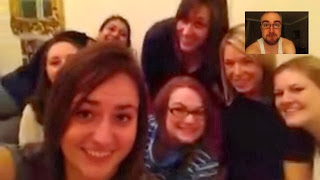 Facebook was TEN years old in February. To celebrate they created the LookBack campaign where everyone had a slide show video of their time on Facebook. I joined in 2007 and my video was a lovely nostalgic look back at the last 7 years. I loved looking at everyone else’s, particularly when I was ill. Horrible flu symptoms which kept me in bed for 5 days straight, absolutely exhausting. I’m assuming it was partly due to burn out after a manic January and a boozy girly weekend! 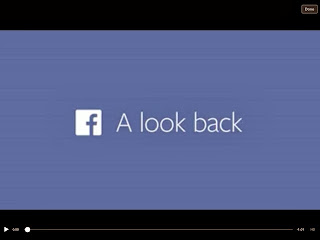 I participated in International Correspondence Writing Month (InCoWriMo – I love a good acronym); one letter, note, postcard, etc every month for 28 days. I managed 25 which wasn’t bad, had proper writer’s block at the end. Little pieces of news, happy mail and RAKs went off to the UK, Spain, Austria, Australia and the USA. I’ve had a few back, mostly from my mother, but I didn’t broadcast my address too widely (can never be too careful).

Finally got my foot sorted on Valentines Day (yay!). I have something called Morton’s Neuroma in between my 3rd and 4th toes on my right foot: fibrous tissue around the nerve, which becomes irritated and compressed. This causes severe pain on the ball of the foot and at the base of the toes. Read more here: http://www.nhs.uk/conditions/mortonsneuroma/Pages/Introduction.aspx. It’s been affecting me for a couple of years now and I have steroid injections to ease the pain. These are done by ultrasound (yup, needle in one hand, scanner in the other) so each time I have to be referred by the GP to the hospital. This time round my referral came through within 4 weeks which was super speedy for the NHS!

My progress in the Documented Life Project is slow, I’ve been dipping in and out, but also discovered Journal 52 which seems a little more meaningful. I’m not sticking to the weekly challenges as some weeks I have absolutely no time to play or the challenges just don’t speak to me, but my favourite challenge this month was Journal 52’s Week 6: The Lost Art of Love Letters. I had some napkins of Gustav Kilmt’s The Kiss which I stuck on to a piece of A5 watercolour paper with matte medium, coloured in the background with black acrylic and tiny spots of gold paint, then used a white pen to fill in the words: “We come to love not by finding a perfect person, but by learning to see an imperfect person perfectly.” I made this into a card for Mr H for V-Day. 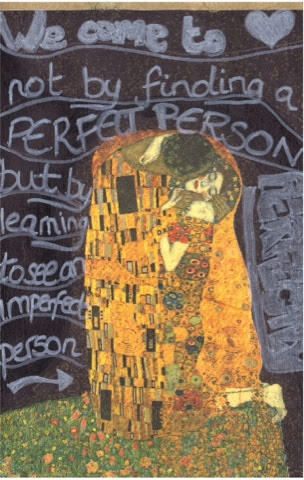 During half term week I took the Brownies to the Oxfordshire Gang Show and I also volunteered as front of house for three extra nights. It was a lot of fun and I got to meet some great people in the Guiding and Scouting world.  Saturday 22 February was World Thinking Day (Founders Day for Scouts as it is Baden-Powell’s birthday) so during the finale we all renewed our Promise. The Guides struggled slightly with the new promise but the thought was there!

That day was pretty much the first sunny day since September (I may be exaggerating) so Mr H and I went to Shotover country park to test out the whizzy new camera. Got some pretty lovely shots! 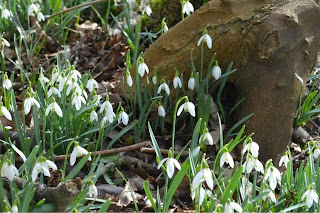 I was glued to the Winter Olympics, going so far as watching Lizzy Yarnold win gold at work, muted on the BBC website! Clare Balding is possibly the coolest person on earth for her coverage on BBC2 each evening.

The last week of the month was Student Volunteering Week, or #SVW14. I was lucky enough to be asked to represent the university at a parliamentary reception hosted by Baroness Tani Grey-Thompson to celebrate the achievements of student volunteers and it was great to share some of the amazing volunteering stories of the Moritz-Heyman and Lloyds Scholars, I felt quite proud as well as excited to be in the Houses of Parliament for the first time! Afterwards I got to do some shopping and met up with two of my favourite people in the world for dinner. 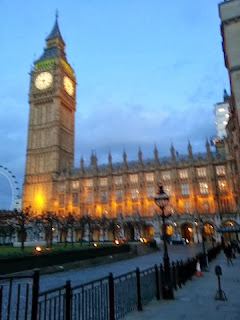 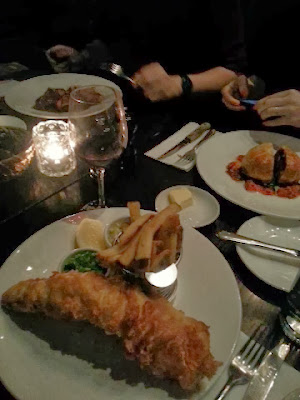 Finally got my hair cut on the last day on the month, had a voucher for a free treatment and they put me under a hilarious contraption while it was working. Yes that’s steam coming out of my head. I look like a cartoon character… 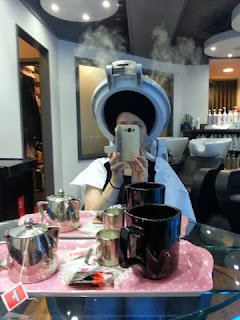 So it’s been quite a packed month! March is not quite so silly but there is some cool stuff planned.